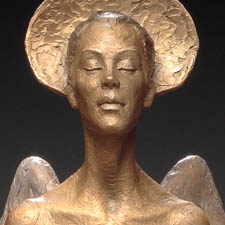 Best of Show -Bronze in 2010, 2011, and 2013.  Ben competed in The National Competition for Figurative Sculpture where he was awarded the prestigious Charlotte Geffken Prize at Brookgreen Gardens in 2010 and won top prize again at Lyme Academy in 2011.  From 2008-2010 he was awarded the Dexter Jones Award for bas relief from the National Sculpture Society.  In 2007, he was awarded both First Place in Sculpture and the Purchase Award at The Scottsdale Artists’ School Best and Brightest Juried Show.

Dennis Smith, another of our talented artists was awarded the 2013 Best in State award.  He was also awarded the Governor’s Mansion Award in 2012.  At the 2014 Springville Spring Salon Art Show, Dennis  received an award of merit. 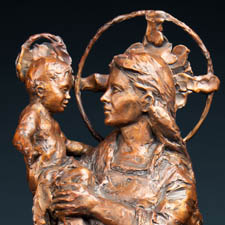